Eat food. Not too much. Mostly plants. 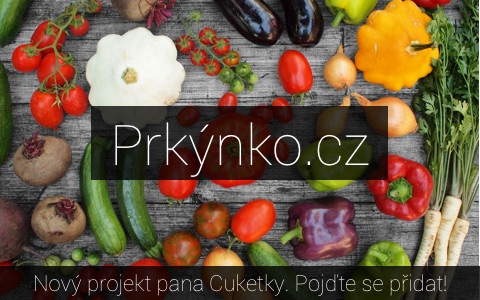 1. Eat food.
As oppose to edible food-like substances. Choose real food avoid these industrial novelties.
2. Don’t eat anything your great-grandmother would not recognized as a food.
3. Avoid food products containing ingredients that no ordinary human would keep in the pantry.
Ethoxylated diglycerides, cellulose, xanthan gum, …
4. Avoid food products that contain high-fructose corn syrup.
5. Avoid food that have some form of sugar (or sweetener) listed among top three ingredients.
6. Avoid food products that contain more than five ingredients.
7. Avoid food products containing ingredients that a third-grader cannot pronounce.
8. Avoid food products that make health claims.
9. Avoid food products wit the wordoid “lite” or the terms “low fat” od “nonfat in their names.
Removing fat from food does not necessarily make them non-fattening.
10. Avoid foods that are pretending to be something they are not.
11. Avoid foods you see advertised on television.
12. Shop the peripheries of the supermarket and stay out of the middle.
Processed food is in the centre aisles of supermarkets
13. Eat only food that will eventually rot.
14. Eat foods made from ingredients that you can picture in raw state or growing in nature.
15. Get out of the supermarket whenever you can.
16. Buy your snacks at the farmers’ market.
Real food fresh or dried fruits or nuts rather than chips and sweets.
17. Eat only foods that have been cooked by humans.
In general corporations cook with too much salt, fat and sugar, as well as with preservatives, colourings and other biological novelties
18. Don’t ingest foods made in places where everyone is required to wear a surgical cap.
19. If it came from plant, eat it; if it was made in a plant, don’t.
20. It’s not food if it arrived through the window of your car.
21. It’s not food if it’s called by the same name in every language. (Think Big Mac, Cheetos or Pringles).

Part II.
What kind of food should I eat?

1. Eat mostly plants specially leaves.
Mostly plants not only.
2. Treat meat as a flavouring or special occasion food.
3. Eating what stands on one leg (mushroom and plant foods) is better than eating what stands on two legs (fowl), which is better than eating what stands on four legs (cows, pigs, and other mammals).
This Chinese proverb leaves out the very healthful and entirely legless fish.
4. Eat your colours.
The idea that a healthy plate of food will feature several different colours is a good example of an old wives’ tale about food that turns out to be a good science too. The colours of vegetable reflect different antioxidant phytochemicals.
5. Drink the spinach water.
6. Eat animals that have themselves eaten well.
7. If you have a space, buy a freezer.
Buy produce in bulk at the height of the season.
8. Eat like omnivore.
9. Eat well-grown food from healthy soil.
10. Eat wild food when you can.
11. Don’t overlook the oily little fishes.
12. Eat some foods that have been pre-digested by bacteria or fungi.
Yogurt, sauerkraut, kimchi.
13. Sweeten and salt your food yourself.
14. Eat sweet foods as you find them in nature.
15. Don’t eat breakfast cereals that change the colour of the milk.
16. “The whiter the bread, the sooner you’ll be dead”.
Cross-cultural grandmotherly advice.
17. Favor the kinds of oils and grains that have traditionally been stone-ground.
18. Eat all the junk food you want as long as you cook it yourself
19. Eat more like the French. Or the Japanese. Or the Italians. Or the Greeks.
French paradox, for example, it may not be a dietary nutrients that keep the French healthy as much as their food habits: small portion eaten at the leisurely communal meals, no second servings, no snacks.
20. Regard non-traditional food with scepticism.
Innovation is always interesting, but when it comes to food, it pays to approach new creations with caution.
21. Have a glass of wine with diner.

Part III.
How should I eat?

1. Pay more, eat less
Choose quality over quantity, food experience over mere calories. Or as our grandmothers say: “Better to pay the grocer, than the doctor”
2. …Eat less.
This is probably the most unwelcome rule of all, but try it anyway.
3. Stop eating before you are full.
There is a German expression that says: You need to tie off the sack before it gets completely full.
Here again the French may have something to teach us. To say “I am hungry” in French you actually say “I have hunger”. And when you are finished you do not say that you are full, but “Je n’ai plus faim” – I have no more hunger.
4. Eat when you are hungry, not when you are bored.
One old wives’ test: If you are not hungry enough to eat apple, then you are not hungry.
5. Consult your gut.
Your eyes are bigger than your stomach.
6. Eat slowly.
Drink your food, eat your drink. In other words, eat slowly enough, to liquefy your food, and move your drink around in your mouth to thoroughly taste it before you swallow it.
Put down fork between your bites.
7. “The banquet is in the first bite.
No other bite will taste as good as the first.
8. Spend as much time enjoying the meal as it took to prepare it.
9. Buy small plates and glasses.
10. Serve a proper portion and don’t go back for seconds.
11. Breakfast like a king, lunch like a prince, dinner like a pauper.
After lunch sleep awhile, after dinner walk a mile.
12. Eat meals.
We are snacking more and eating less meal. Some people call it “food conveyor”
13. Limit your snacks to unprocessed foods.
14. Don’t get your fuel from the same place your car does.
15. Do all your eating at the table.
If we eat while we are working, or watching TV, or driving we eat mindlessly – and as a result we eat a lot more than we would if we were eating at the table.
16. Try not to eat alone.
The shared meal elevates eating from a biological process of fueling the body to a ritual of family and community.
17. Treat treats as a treats.
Some people follow a so–called S policy: “ no snacks, no seconds, no sweets except on days beginning with the letter of S.”
18. Leave something on your plate.
Better to go to waste than to waist.
19. Plant a vegetable garden if you have the space, a window box if you don’t.
20. Cook.
21. Break the rules once a while.
“All things in moderation” it is often said, but we should never forget the wise addendum, sometimes attributed to scar Wilde: “including moderation” 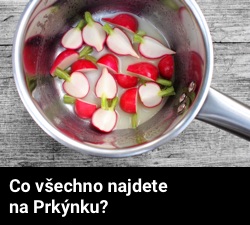 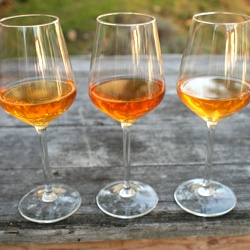